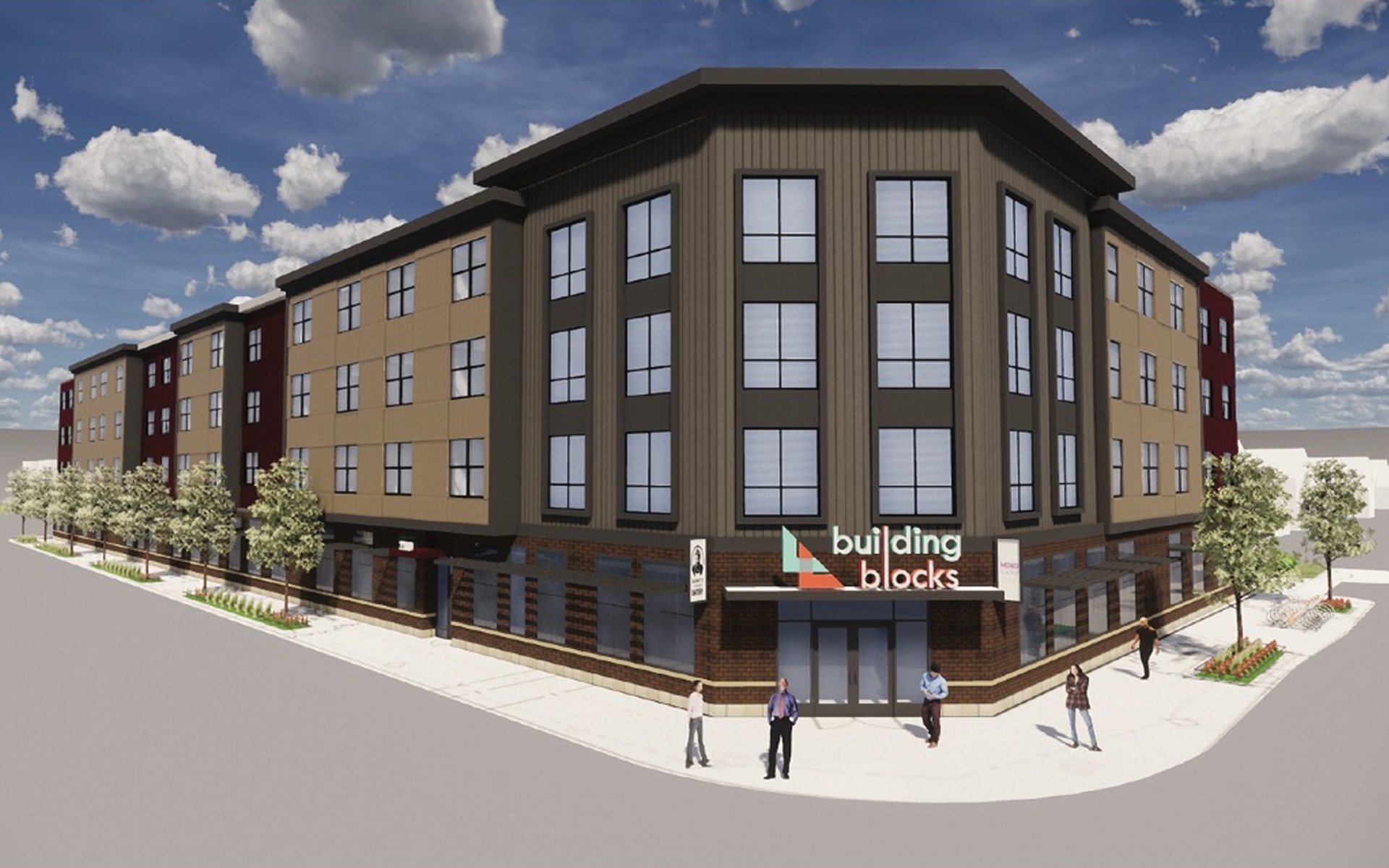 We are a Creative Team The George Group North is a real estate company specializing in multi-family residential development, mixed-use projects, redevelopment, and management. We pride ourselves on developing communities with a sense of place, pride and security. Our projects seek to enhance the experience and quality of life of the entire community. Click here to learn more. 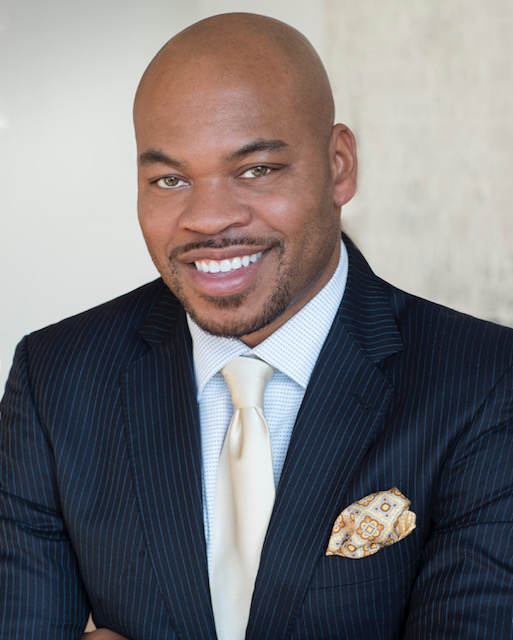 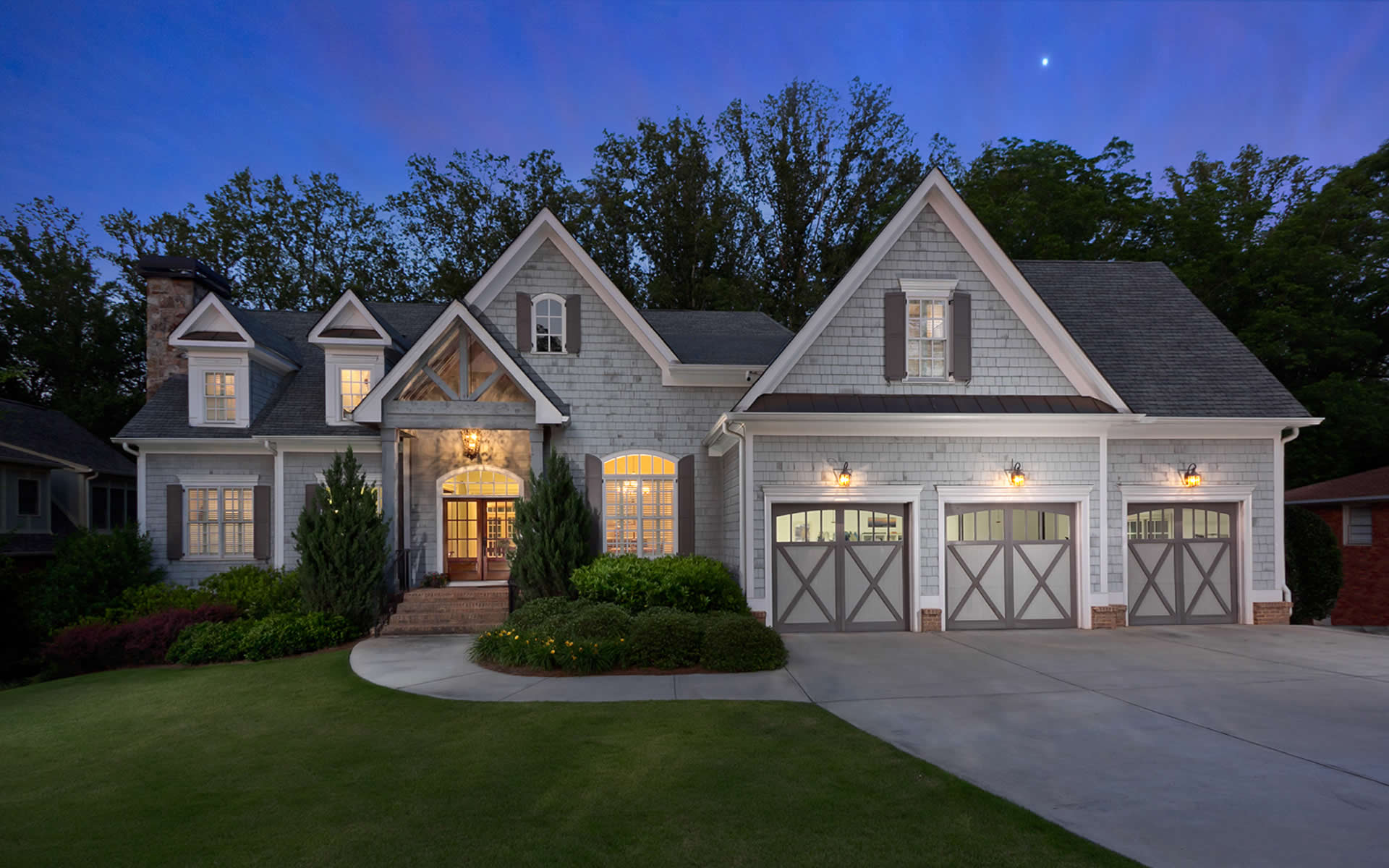 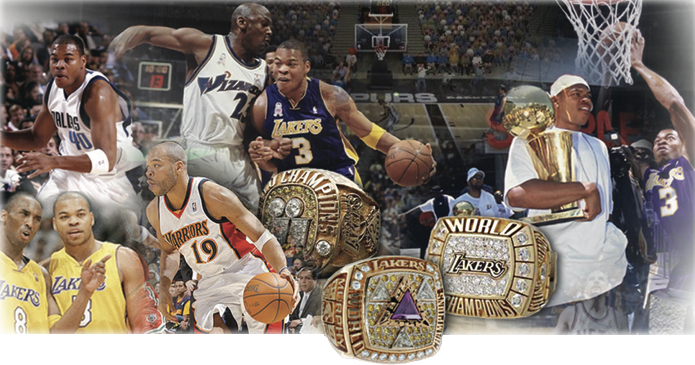 Devean Jamar George was born in August 1977, and grew up in Minneapolis, Minnesota. George’s parents, Eddie & Carrol George, worked two jobs each to support their family of three boys, Geroge being the middle son.

Growing up in North Minneapolis, a troubled inner-city neighborhood, Devean never used his environment as an excuse not to be successful. As a young child he always shied away from trouble. When presented with a situation that seemed questionable, or could possibly lead to trouble, Devean found the strength to go in the other direction…toward positive experiences. Living in an area that had gangs and drugs required ingredients for a recipe of trouble. Sports and strong family ties kept Devean and his brothers out of trouble. From a young age he spent his time playing football, basketball and baseball. While his parents both worked hard to provide for the family, Devean spent a lot of time with his older brother Eddie. At the age of 10, Devean would follow Eddie to the park to watch him play basketball with friends. It was at that moment, spending time with his older brother, that he fell in love with the game. However, due to a conflict in scheduling (the football season running into the start of basketball and baseball beginning at the end of the basketball season), Devean had to choose which sport to pursue and which ones to leave behind. He chose basketball and set his sights on becoming a star, just like his idol, Scottie Pippen.

Never the tallest or the fastest, but always one of the hardest workers, Devean credits his parents for his strong work ethic that led to his growth spurt that sent him from 5’10’’ to 6’3’’. This was quite the experience for Devean, and people who hadn’t seen him in a few weeks would constantly ask if he was getting taller. Although a consistently good player in high school, Devean didn’t receive any collegiate scholarship offers. He decided to attend a college close to home, where he could continue to play basketball and get a good education.

In the fall of 1995, Devean arrived at Augsburg College in Downtown Minneapolis. While he continued to further his education in the classroom he began dominating on the court. Devean experienced another growth spurt that took him from 6’3’’ to his current height of 6’7’’. The competition was no match for Devean George and he began toying with the idea of transferring to a Division I school. Always one to look to his parents for advice, Devean consulted with his father on the thought of leaving Augsburg to play for a larger school to be noticed by the pro scouts. His father begged him to stay at Augsburg and was convinced his son could make it to the NBA from Augsburg. Eddie George’s advice to his son, “Please stay, son, please. You keep doing what you're doing, and they will find you.” Similar to the line from the movie The Field of Dreams, “if you build it, he will come.” Devean did just that. He remained at Augsburg and built his legacy by leaving his sweat on the court and his name in the record books. Students began approaching him after games telling him witch team representatives were there and what they overheard in reference to his athletic ability. He was building it, and they were coming.

After his senior season it was time for invitational NBA pre-draft camps. Devean was denied the opportunity because the committee responsible for evaluating players didn’t think the level of talent Devean had played against compared to that of the other guys from Division 1 schools. However, one committee member, Yale Dolsey, had a vested interest in Devean. He believed in Devean's talent and fought to allow him the opportunity to showcase his abilities at the camp. Although Dolsey fought hard, Devean was again denied to the three-day Portsmouth Invitational camp. In a sudden turn of events, one of the 64 guys invited to the camp got hurt and was no longer able to attend. Out of respect for Dolsey, the committee allowed a guy by the name of Devean George from Augsburg College to attend and show them what he was all about. Although upset about being turned down and only being chosen because another guy had been injured, Devean demonstrated his love of the game by playing from his heart and blew the spectators away. He was named to the All-Tournament team, with a double-double in each of the three games. Quite a lot had changed in three short days. It was this camp, which he almost didn’t get the chance to attend, that put a guy named Devean George from Augsburg College on the NBA map. People who follow Minnesota sports will tell you how special a player Devean George is.

During his college career, George was named Minnesota Intercollegiate Athletic Conference Most Valuable Player two consecutive years (1997-98 and 1998-99) and finished his college career games. He fell short of the school’s scoring record by only 13 points, a record held by Brian Ammann, who was also Devean’s college coach.

The rest, as they say, is history. Devean went on to become the first-ever NCAA Division III basketball player selected in the first round (23rd overall pick) of the NBA draft by the Los Angeles Lakers. Throughout his 11-year career in the National Basketball Association he contributed to the success of three NBA teams. He spent seven seasons with the Lakers, three seasons with the Dallas Mavericks and one season with the Golden State Warriors.

Off the court, George was devoted to numerous causes - he focused on families, education and children. Upon retiring from the NBA in 2010, Devean remains committed to positively impacting the community that helped shape who he is today. His desire to give back is the driving force behind his creation of The George Group North and his nonprofit, Building Blocks. Building Blocks is a 501(c)(3) organization focused on developing and creating sustainable communities within Minneapolis through quality, affordable housing and programs designed to help youth and families lead healthy lives..

GGN is proud to offer a wide spectrum of rental properties. We are dedicated to providing long-term availability of quality, affordable rentals, as well as high-end, luxury properties. We are here to meet your needs and exceed your expectations.Click here to learn more. 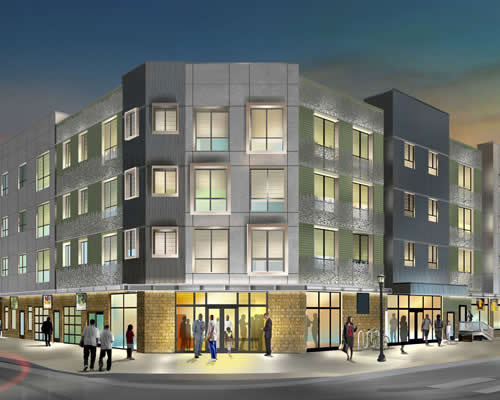 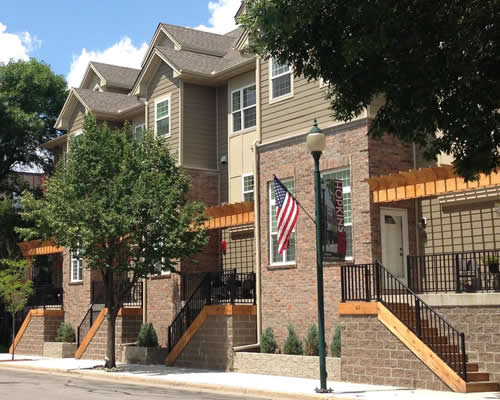 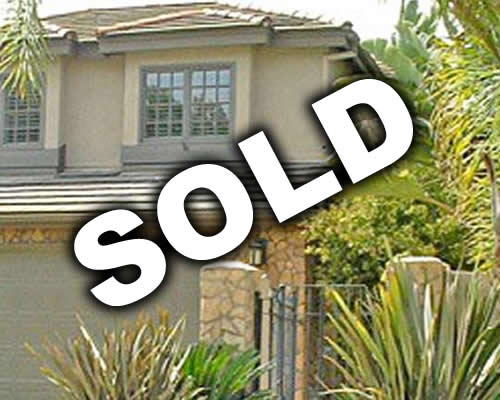 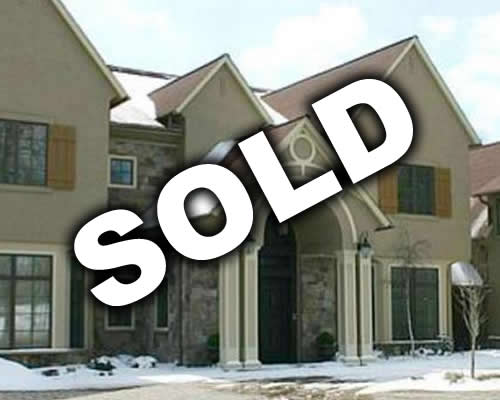 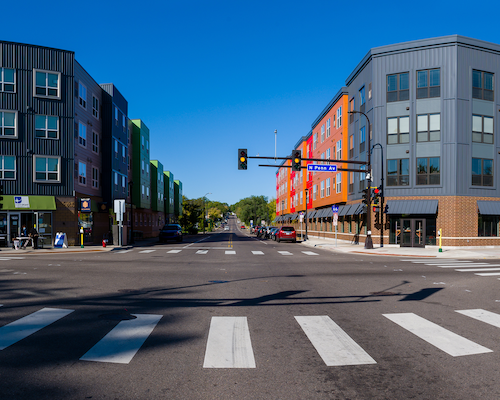 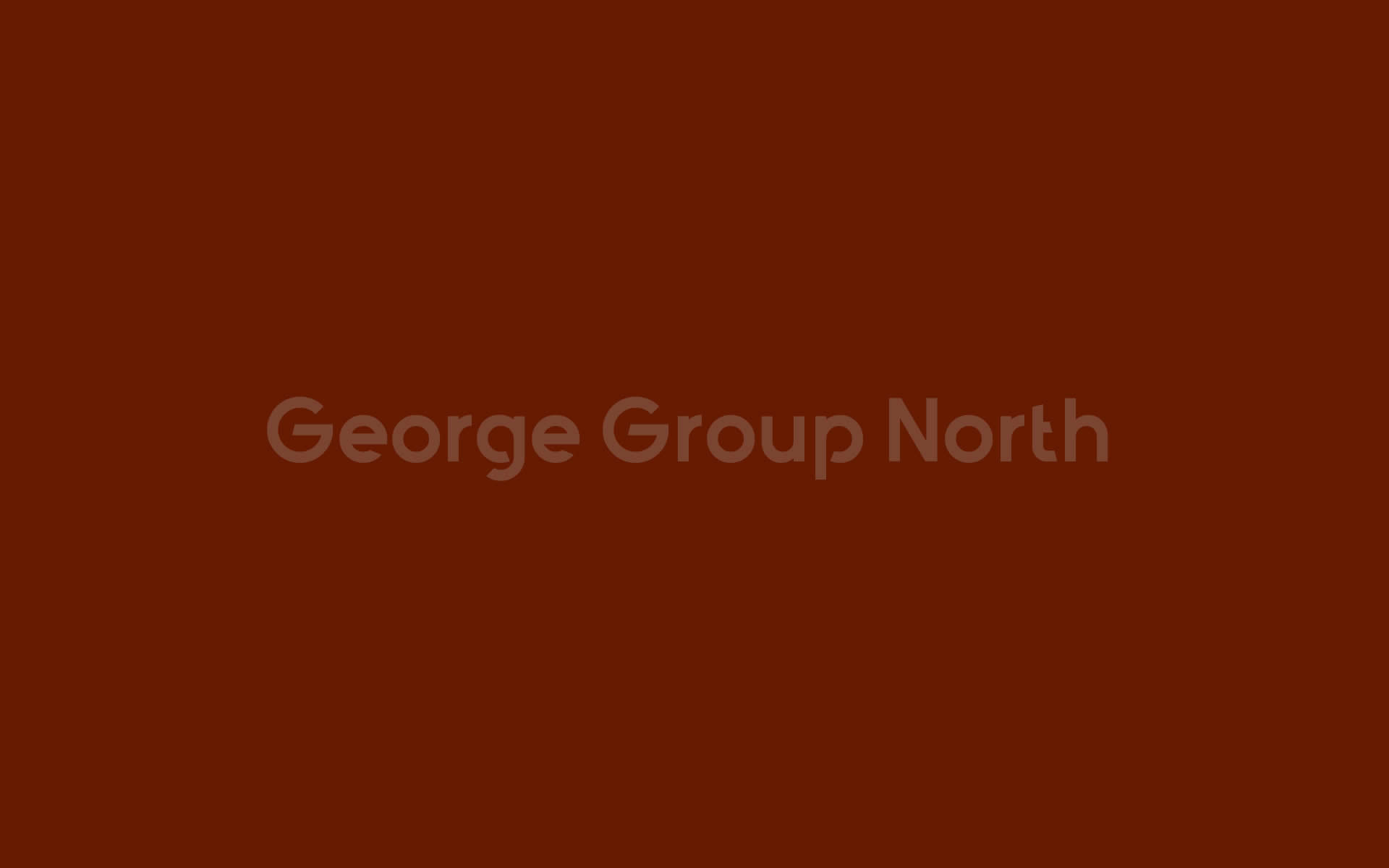